Memories of a 101 year-old Sidmouth Lady 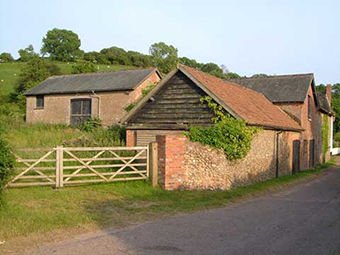 I was born at Passaford farm, which had been in my family since the 17th century.

We lived there until I was 12, when we moved to Ottery. I was ill for 12 months because I was so unhappy. Father sold the farm when tractors came in because the land was so steep. He said he wouldn’t let the boys drive a tractor up there because it would be too dangerous. We had always used horses to work the land.

Queen Victoria stayed in Sidmouth. When she left, the hotel was refurbished and all the furniture was sold. Father bought the bed she had slept in and the drapes that went round the bed. They were kept in one of the bedrooms where no-one slept. Mother dried the walnuts and stored the Coxes orange pippins in that room. I remember she brought them down in her apron on Christmas day.

When we moved away in 1921, there was an auction at the farm held by Husseys of Honiton. So many people came to see the bed, the floor started to give way and so they had to go outside and everything was passed out through the window. I can’t remember how much the bed sold for but the curtains that went round the bed were four times more.

The church in Otterton burnt down with all the records in and then the church hall burnt down. Lord Clinton gave the land to build a new church hall and every farm gave £20 or £25 towards building the hall.

I remember the day my brother Tom was born.  I came home from school on a Friday afternoon and the miller had come round with his bill. Then Father got out a bottle of whisky and said they would have a drink because his son had just been born in the bed upstairs. Tom died age 92; my sister is 89.

We walked to school every day along the river.

I remember the Prince of Wales (later to become Edward VIII) coming to Devon in 1921. He stayed with Lady Clinton at Bicton. There was a parquet floor in the entrance and Lady Clinton had a carpet laid over it because she didn’t want it spoilt with so many visitors.

The Prince unveiled the Devon War Memorial in Cathedral Yard in Exeter. Later I was in Exeter going to the cinema with my husband-to-be and I read on a newspaper placard that he had gone to France with Mrs Simpson.